“I’m just back from the doctor’s in Haddington after another examination and regret to have to announce further postponements.

I’d hoped to have been fit for the return to the tour and the gig in Barcelona on Saturday but have been advised to take another 2 weeks off as the virus is not shifting as fast as I had hoped. It turns out the doctor in Erfurt was correct and I was over ambitious when he told me I needed a minimum of 3 weeks rest to recover from this infection.

What this means is that the entire last European section of the tour from France onwards through Spain, Italy and the Swiss, German and Belgian dates will all be moved to January / February and joined with the Erfurt and Koln dates to make a 3 week tour to replace the 17 shows.

The UK tour will start on December 6th and run as planned with Birmingham and Sheffield in place.

With 3 weeks rest and some careful performances I should be able to complete this section and will have enough rest time before the replacement European section a month later.

I’m sorry if this has caused inconvenience to any fans but there is nothing I can do about this and I can only hope that this new restructuring of the tour works in my favour and I can deliver shows that are up to the high standard we set on the tour dates that we have completed so far.

I’ll let you know the new dates as soon as Yatta and the promoters have worked them out.

It’s obviously frustrating for all concerned and I sincerely appreciate all your support, understanding, patience and all the good wishes that have been posted here in recent weeks.

To end on a positive note. I had my blood works done last week and got the results today. I admit to being very concerned on a number of issues but today was informed that there were no “nasties” and that liver, kidneys, blood sugars, cholesterol etc etc were all perfect. I have decided to donate my body to medical science from the neck down!” 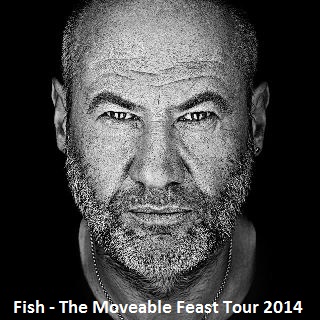