« Things have been quiet on the IONA front for a while now and we are often asked when the next gigs/album will be. So we wanted to update you.

For some time we have been considering the future of the band, and during these discussions, it has become clear that, certainly for now, this chapter of Iona’s story, as a touring and recording band, has come to a close. Frank has decided to move on to pursue other challenges and projects. Jo, as well as having a growing need in recent years to prioritise family commitments, has also become increasingly involved in mission work with her home church and will be going on some short mission trips to refugee camps in the coming months.

We do not know what will happen in future years, whether we will get together again as Iona. The door will remain open, but for the foreseeable future, the next and exciting chapters of our journey will involve other avenues.

Dave and Frank are involved in the ‘Celestial Fire’ band, which will continue to play Iona music as well as Dave’s solo music. Dave will also continue touring with the Strawbs and as a duo with Sally Minnear, as well as work on various other studio and live projects.
Frank is also working on a solo album and is incredibly busy and in demand as a producer and arranger in The Netherlands.
Martin is working on a project with his wife Lynn Caldwell that combines music and written reflections to be published online throughout the year and is looking forward to spending an extended period of time in Canada with family next year, and collaborating and performing with Canadian musicians that he’s worked with in recent years.

Phil will continue to work on various musical collaborations and sessions including Jo’s MAP project.

Thank you for all your support and enthusiasm over the years, we so appreciate it. We have had a wonderful journey since that first gig on June 24th 1989, working with so many special people, too many to mention here. We are so grateful for all of you who have listened to our music, attended gigs, bought the cds, promoted concerts, encouraged and supported us.

Do keep visiting this page where we will continue to post news of projects band members are working on. Dave & Debbie continue to run Open Sky Records and Iona’s cds (and other Open Sky releases) will of course remain available from the web ». 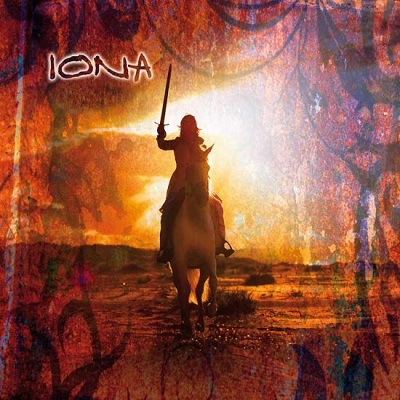