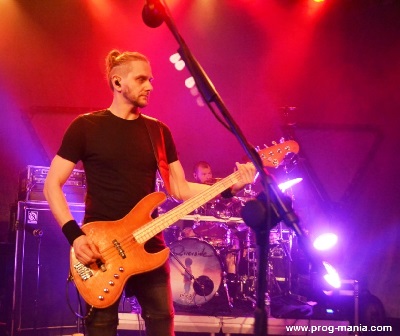 « One of the most fascinating things about being an artist is the possibility to create your own alternative world. A world in which you can lock yourself up as if it were a box and, with your knees under your chin, hide away from the non-alternative world.

One of the most graceful things for an artist is the possibility to create an alternative world inspired by the disgracefulness of the real world. And the more disgraceful the world is, the more room there is in the box. You can even stretch your legs and, in general, have more freedom to move so you are stronger after you get out of it.

And the strength translates to greater self confidence. Self confidence – to greater creative audacity. The boundaries and fears disappear somewhere and instead there is a need to introduce greater changes. And although I’m still a conscious prisoner of my own aesthetic, this time you can really hear some differences. My soul and body demanded that I settle accounts with the recent past, piece together what had been scattered, glue up the broken bits, stitch up the tears. Tell a story of how it felt when everything shattered into smithereens.
Perhaps because of those sharp edges the music will not be like it was before. Lunatic Soul has changed. It’s been transformed and entered the world of completely different colours. They’re still dark but not so conservative.

I’ve been working on this album since April 2016. I’m entering the last stage of recording. The last fillers, improvements, and vocals. Initially, I had planned a double album but I have made a relevant selection. I don’t want to spread myself thin – I’m leaving the essence of what’s best. Of what I’ve always wanted to be the reflection of my soul.
“I did not look good in red”, I once wrote in reference to the cover of one of the albums.